Cut the Rope Wiki
Register
Don't have an account?
Sign In
Advertisement
in: Cut the Rope, Games
English

On the top screen on the 3DS, it shows a 3D Om Nom (when playing Time Travel it will show two 3D Om Noms) that copies the 2D Om Nom on the bottom. When you get the candy to Om Nom it will also show the 3D Om Nom getting the candy.

On the bottom screen on the 3DS, it shows the actual gameplay. You use the stylus to cut the ropes, like how you cut them using your finger on the mobile version. 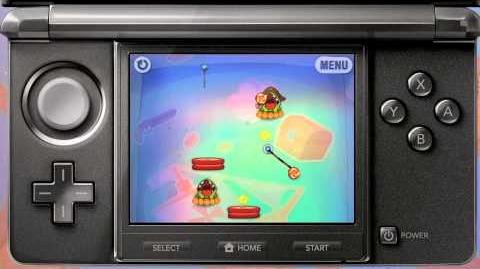