Cheese Box is the fifteenth box and fifth box of Season 3 in Cut the Rope original game. It features a new Om Nom's companion, the mouse. The mouse appears in each of the mouseholes around the level in turns. If a candy passes by a mousehole, the mouse will grab it and carry to other holes. The mouse releases the candy on a tap.

In this way, Cheese Box reminds Lantern Box, as it offers an easy way to move the candy across the screen. However, the player doesn't control the mouse, so his actions should be properly timed, depending on whether he wants the mouse to grab the candy or he wants the candy to pass by a mousehole.

The video about the box was published in July, 26th, 2013 on YouTube. The same day, the game was updated.

Level 15-1 introduces the mouse and gives the basics of level mechanics.

The easiest way to win level 15-4 is never let the mouse touch the candy, so the player learns to time his actions and predict the mouse's movements.

Surprisingly, the mouse doesn't pop a bubble when he grabs one, as can be seen in level 15-11.

Level 15-15, which was shown in the update video for a short time, features the mouse and paired blades. They can break the candy even if the mouse holds it, so beware.

The box is a big rectangular piece of cheese with visible holes. The same goes for the background of the levels, which is yellow to orange. 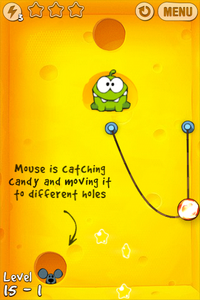 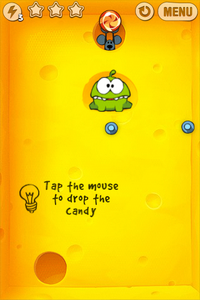 The mouse caught the candy 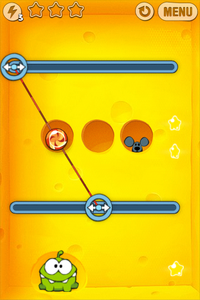 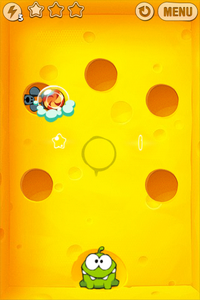 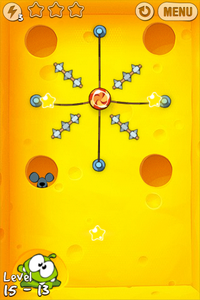 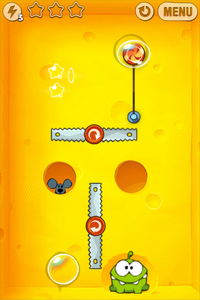 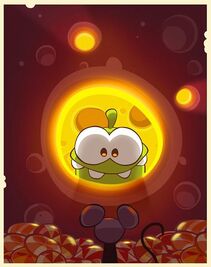 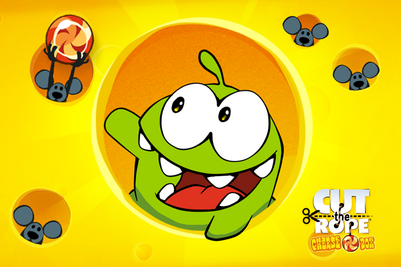 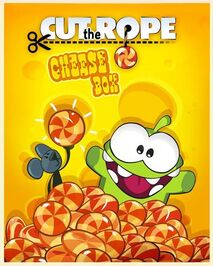 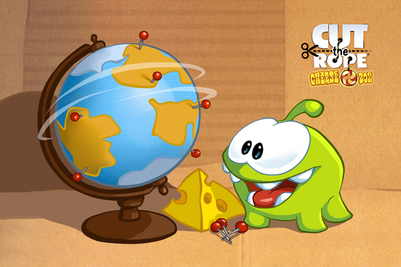 Add a photo to this gallery

Cut the rope and Cut The Rope Cheese Box Edit

Retrieved from "https://cuttherope.fandom.com/wiki/Cheese_Box?oldid=15327"
Community content is available under CC-BY-SA unless otherwise noted.