Cut the Rope Wiki
Register
Don't have an account?
Sign In
in: Characters, Cut the Rope 2, Nommies,
and 4 more
English

Blue first appears in the this game in the Junkyard location then he will be in other places where other Nommies are. His meeting with Om Nom is shown in a Om Nom Stories episode. In terms of gameplay, he can reproduce to make copies of himself and stack them on top of each other to use a platforms.

"Blues tend to live on car junkyards and are known for their slow-paced life style. This species has an incredibly rare defense mechanism: when necessary, Blues are capable of replicating themselves in a fraction of a second, frightening away predators with their incredibly rapid population growth."

Blues are distinguished by their semi-reclined way of life. It appears that this species' propensity toward apathy and melancholy reverie is genetically determined. Blues spend most of their time sitting around and meditating on the vanity of existence, but due to their natural habitat (all known specimens were discovered in a single junkyard), this species has almost no natural enemies. Nevertheless, this species has a specific defensive mechanism: when necessary, blues are capable of re- producing by fission in a fraction of a second, and frighten away predators with their unbelievably rapid population growth. 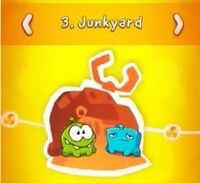 Blue in the world selection screen 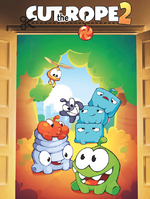 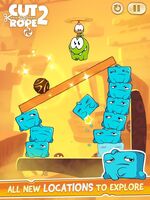 Blue in his natural Environment 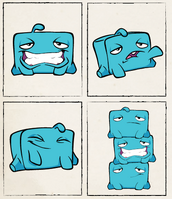 Blue, the dweller of the Junkyard.

A lot of smiling Blues.

Русский
Community content is available under CC-BY-SA unless otherwise noted.